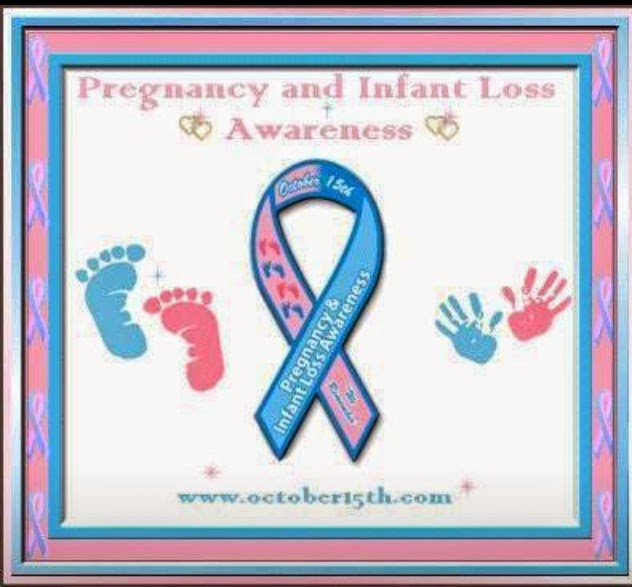 A couple of weeks ago through a friend on Facebook, I saw that the 15th was National Pregnancy & Infant Loss Awareness Day.  I had never heard of this before this year.  I got me thinking about another serious post. I am not usually one for putting my thoughts and feeling out there unless you are one of my VERY close friends.  I avoid making someone feel uncomfortable at all cost because I hate feeling uncomfortable. But here I go…..

I have 3 beautiful, living children and even when they are driving me crazy I feel immensely blessed beyond words.  But getting those three was not always easy.  In 2005, when Allen and I had been married 4 years, we decided that we wanted to start a family.  So we started trying.  It wasn’t as easy as I thought it would be.  I had spent so many years trying not to get pregnant that I was astonished when it didn’t happen the first… or second… or third month.  It took 6 months to get pregnant the first time.  I know that is not actually that long, now.  I have friends who tried for much, much longer.  But going through it while my mom was sick, it seemed like forever!  I was overjoyed when I got that first “positive” pregnancy test.  It was a little piece of joy in the middle of an extremely rough time with my mom.  I went to the doctor and everything looked good.  We were due with our first child in mid-June.  Everything was pretty routine.  I heard the heartbeat around 8 weeks or so.  My next appointment was when I was 10 1/2- 11 weeks.  Allen came with me so that he could hear the heartbeat.  The doctor did an internal ultrasound so that we could see the baby and the heartbeat.  I kept looking at the doctor and Allen’s faces waiting for them to say, “There it is!”  But nothing.  She said, “I’m sorry.  There is no heartbeat.”  I laid there- shocked and began to sob.  Why?  There was a heartbeat a few weeks before- what had happen- what did I do wrong?!?!  She said “Nothing.  Sometimes these things just happen.”  She asked if I want to have a D&C or did I want to let thing progress on its own.  Who in the world would want to sit around just waiting to lose a baby?  My mom had miscarried at home once (not by choice) and had told me everything she saw and went through and that was not going to be me.  So, we set the surgery for 2 days later.   When I told a people (very few people) what had happened the responses or comments were not what I wanted to hear.  I heard everything from: “there must have been something wrong with the baby” to “I bet is because you were so stressed about your mom having cancer, that you lost the baby” to “Oh, I have known someone who had 5 or 6 miscarriages”.  At the time, I couldn’t understand why people would say such things but I know now people will say anything that might make you feel better.  They do not mean anything by it.  Unless someone has walked in your shoes they have NO IDEA what you are going through.  And you can not expect then to either.  They are just trying their best to be there for you.  Cut them a little slack.   A couple of weeks later my tests came back saying that there was a chromosome abnormality.  The baby I lost was a girl and she had Turner’s Syndrome.  I think I would have been just fine not knowing these details.  It made the baby seem more real knowing it was a girl. 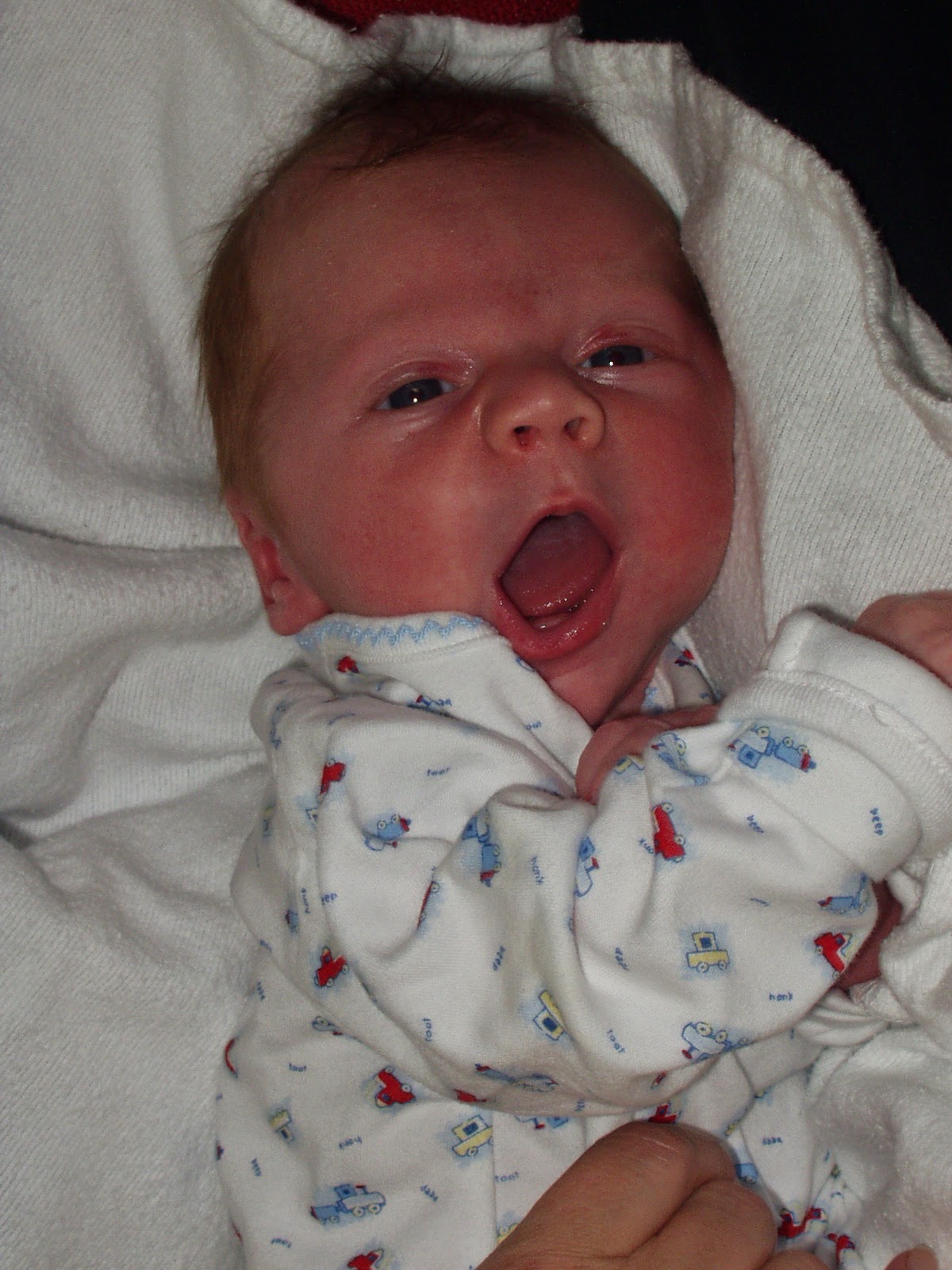 I got pregnant with Jackson when I still “recovering” from the miscarriage.  It was a shock to everyone including my doctor.  I worried constantly.  My doctor had me in the office regularly because of my previous miscarriage.  Every ultrasound and heartbeat check until I was 12 weeks, I was a nervous wreck.  But all was good this time around.  Thomas Jackson Hauser was born August 25, 2006.  I only have one sister and we are 7 years apart.   I knew that I wanted 3-4 children and that I wanted them to be close in age.  So when Jackson was 8 months we tried again (thinking it might take a little time!).  Well, I got pregnant first try this time and this pregnancy was fairly easy and uneventful.  Nathaniel Reynolds Hauser was born January 11, 2008.  My boys were 16 months apart.  My mom died when Nat was just 9 months old.  I knew we wanted more children but also knew I did not want to do it while I was grieving.  I now it was time to focus on Jackson and Nat. 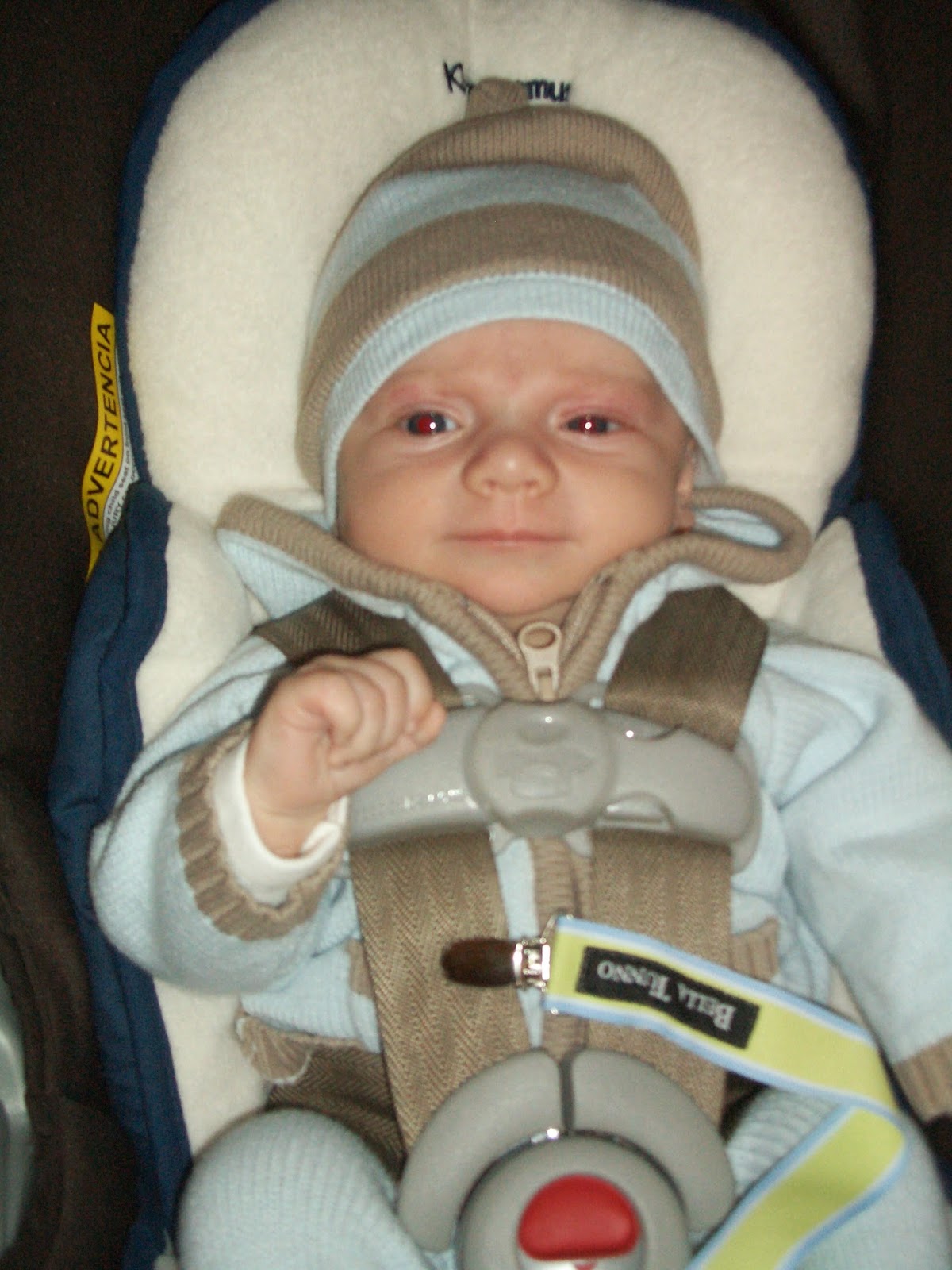 We started trying again in the summer of 2010 and we got pregnant right away again.  I had had two easy pregnancies so the miscarriage thoughts were not even in my mind.  The first one was just a fluke.  Then I had my 10 week doctor’s appointment at the end of September.  Again I had heard the heartbeat a couple of weeks earlier.  It was good and strong.  I was queasy day and night.  Also a great sign because that meant there were lots of hormones running through my body.  But once again, no heartbeat.  I was devastated.   I chose to have another D&C.  This is was a lot harder to recover from.  I lost a lot of blood during the procedure and they almost had to do a blood transfusion.  I was weak and pale for a couple of weeks.  Once I recovered we got the green light to try again.  I got pregnant in late November.  I was due around Jackson’s birthday in August.  I was SUPER nervous this time.  Allen came with me to every doctor’s appointment (just in case).  On Monday, January 31st I had my 10 week appointment.  I got up, took a shower while Allen tended to the boys.  I stepped out of my shower to dry off.  As I looked down at floor I saw a small drop of blood.  I called for Allen.  As he walked in the bathroom I felt more coming down my leg.  I stepped back in the shower.  By the time he called the doctor the shower looked as though someone had been murdered.  I couldn’t even stand anymore.  I was weak and in pain.  The doctor’s office said to call 911.  Madeline (my sis) came and got me a shirt to put on.  I had to try to hold on to a bit of modesty if I could.  As I laid there I remember vividly hearing the sirens of an ambulance.  Knowing that they are for you is a very scary experience.  Before I knew it I was surrounded firemen and EMTs and they were trying to figure out how to get me out of the house on a gurney down the stairs.  They got me wrapped up and strapped down.  My biggest fear was the boys seeing me in this state.  So Madeline had them in the playroom far ways from me.  Once I was in the ambulance, the EMTs (2 young guys) hooked me up IVs and drove me the hospital.  Once in the hospital I was in absolutely excruciating pain.  The nurse had to give me morphine.  They called in a doctor from my practice because though I had lost a lot of blood, baby (though no heartbeat) and all still appeared in tact in my uterus.  So, once again I had a D&C.  Weeks later the results came back and there was nothing wrong with this baby boy.  So I had a few more procedures to find out what might be going on.  I was scraped, cleaned, extra scar tissue was removed- anything and everything that could be causing my miscarriages.  I got the ok in the summer to try again.  I was watched very carefully by my doctor and a reproductive endocrinologist.  I worried every day- every hours- probably every minute.   I got to 12 weeks and everything looked great.  We found out around 18 weeks that we having a girl!  I was put on bed rest with Hollins at around 23 weeks.  Full Bed rest. One step away from hospital bed rest.  Once again the worries came back about losing this baby.  But I made it and Mary Hollingsworth Hauser was born on March 21, 2012. 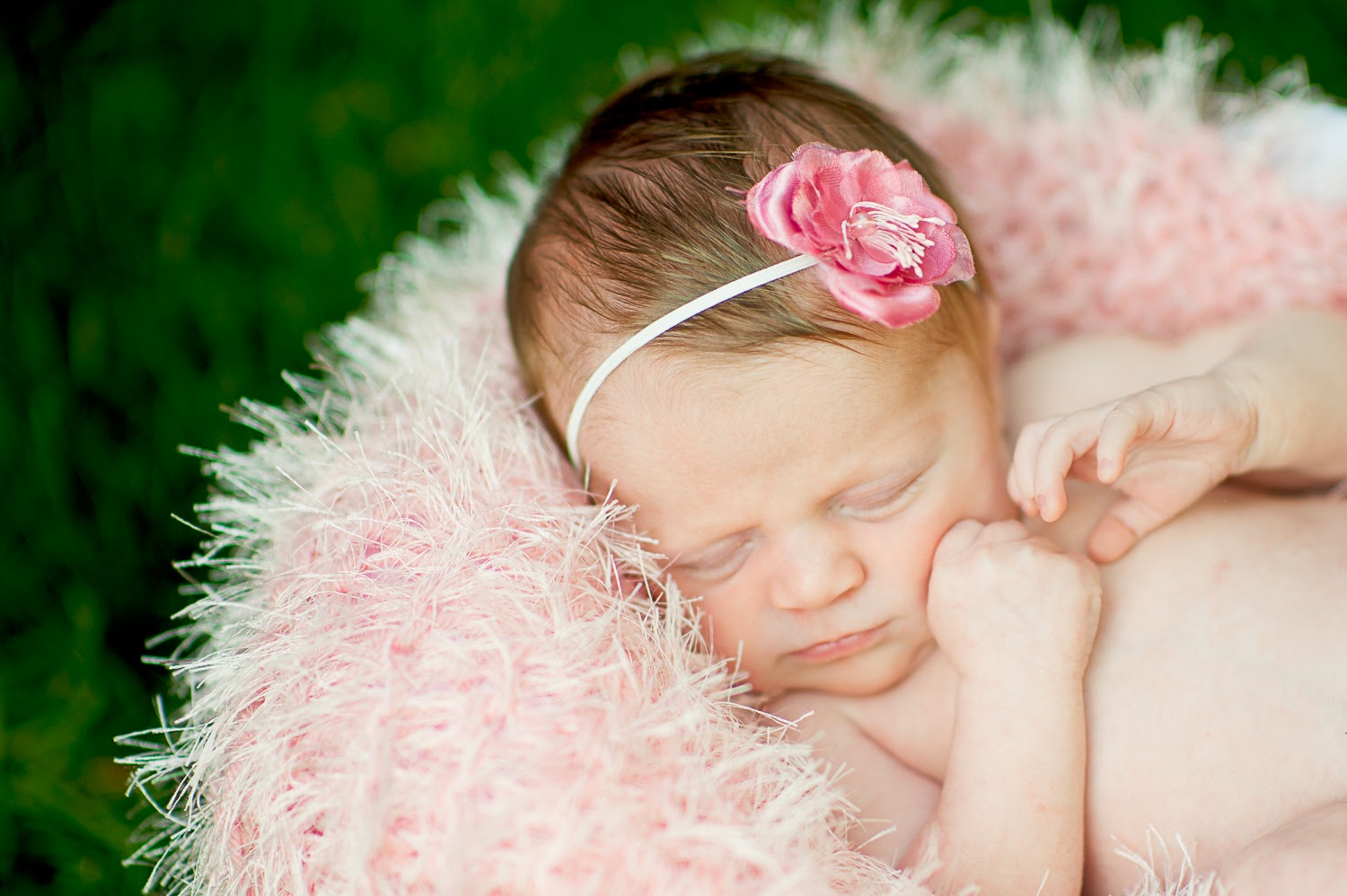 Unfortunately, my issues did not stop when I had her.  I bled for the next 2 months.  So, D&C here I come… again.  It still didn’t stop after that.  So 4 months later, I had yet another one.  Still, the bleeding continued.  After trying IUDs and various birth control pills to help with the bleeding, my doctor and I came to the decision that I would need a hysterectomy.  It was going to be the only way.  This was a very difficult decision for me.  My friends joke that I would have 10 kids if I could (or if Allen would let me!).  I dreamed of giving Hollins a sister.  I had a sister.  Didn’t she deserve that?  Nat and Jackson had each other and I wanted her to have someone to play princesses and Barbies with.  Jackson and Nat would fight over who got to play with Hollins and they would always suggest that I have another baby girl so they could each “have one” to play with!  That, of course, that sounded perfect to me.  But, I had to stop thinking that way.  I had to think about me being there for the 3 children I have now.  My surgeries usually left me out of commission for a few days.  And if I had another child I would probably have to be on bed rest again.  That would mean someone else would come in a raise my 3 children for a few months.  That was not an option.  So I made the choice and had a hysterectomy last summer.  I still get sad when I know I will never be pregnant again.  I will never feel a baby kick in my belly again.  I will never feel the amazing anticipation you feel when you find out the sex of your baby.   I will never feel the sheer joy that comes over you when you give birth and see your baby for the first time.  I know it was the right choice for me but that doesn’t make it any easier. 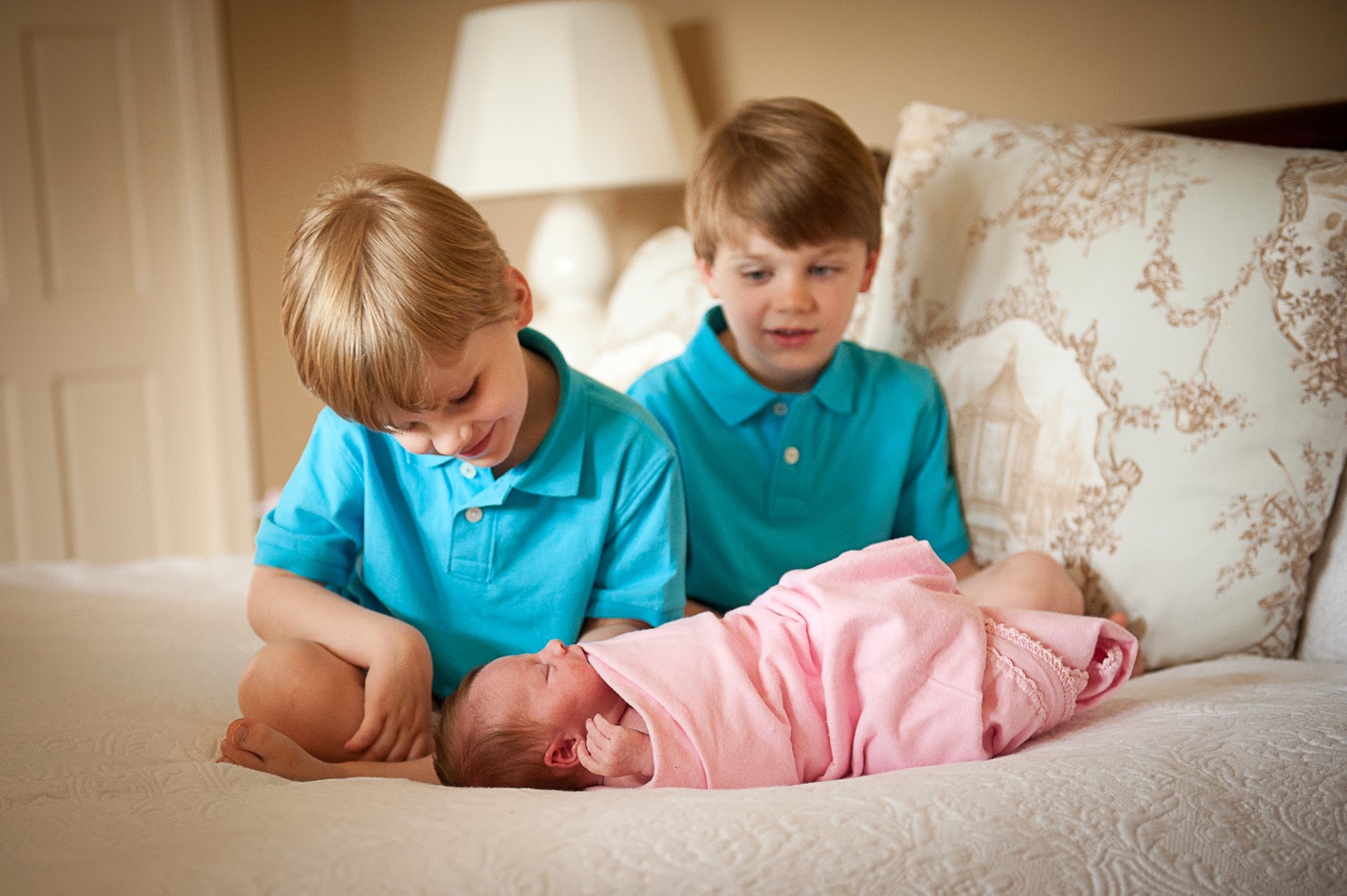 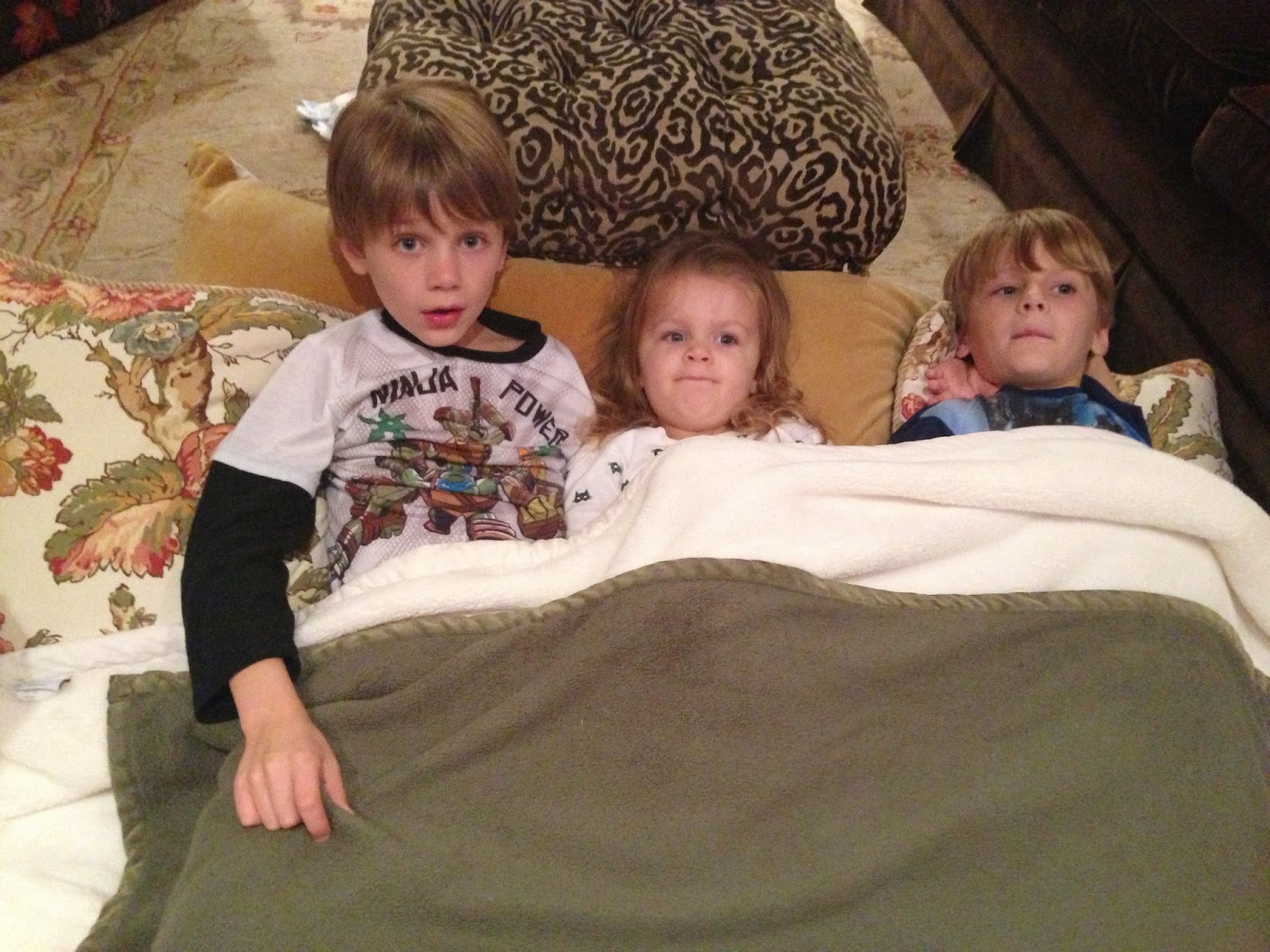