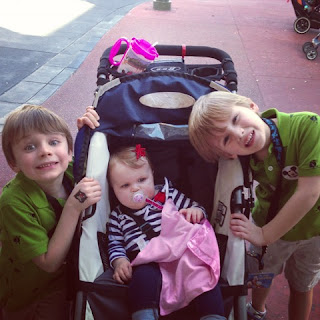 Our first trip to Disney, we stayed at Disney’s Caribbean Beach Resort.  The kids were 10 months, 5 and 6.  Hollins was so young we didn’t have to do any princess things so we focused on the boys and riding rides.  The great thing about Disney is that I could have Hollins in the Baby Bjorn and ride plenty of rides in Magic Kingdom. This is just a small part of all that we did that trip. 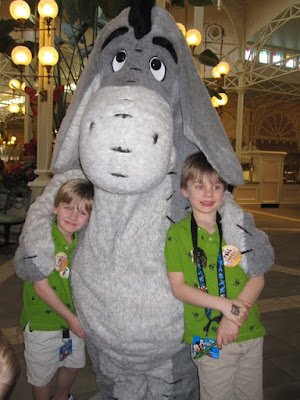 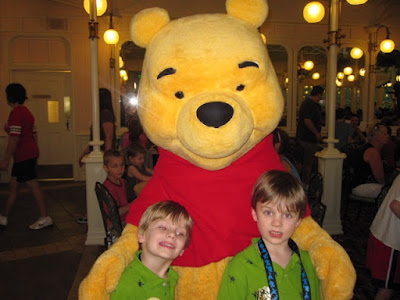 If your kids love Winnie the Pooh and all of his friends, this is the character restaurant for you! It was perfect for my kids ages at that time. 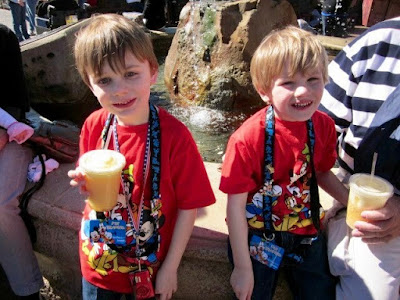 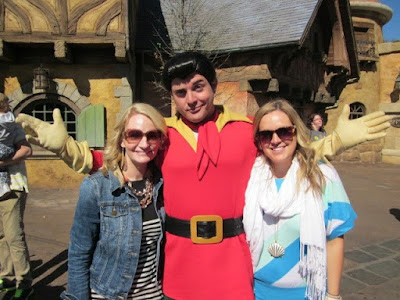 Gaston’s Tavern
We treated ourselves to a delicious Warm Cinnamon Roll and the kids enjoyed LeFou’s Brew (Frozen Apple Juice). We even gotten to meet Gaston himself!!! 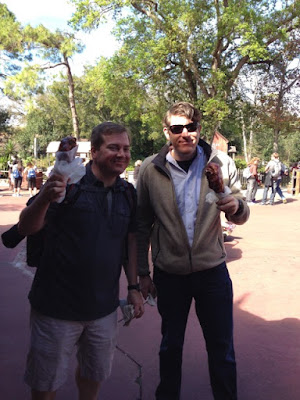 If all else fails, you can always grab turkey leg from one of the food kiosks in the park!
HOLLYWOOD STUDIOS 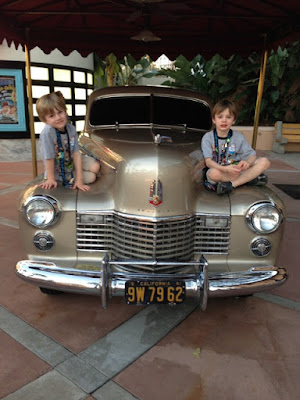 Hollywood & Vine
This is where your kids can dine with their favorite Disney Junior characters.  From Jake and the Pirates to Handy Manny they were all there.  The breakfast buffet was delicious.  There’s all the breakfast foods you can imagine from an Omelet Station to a yogurt bar with all of the toppings.  Plenty of choices for kids and adults.  We left there full and happy. 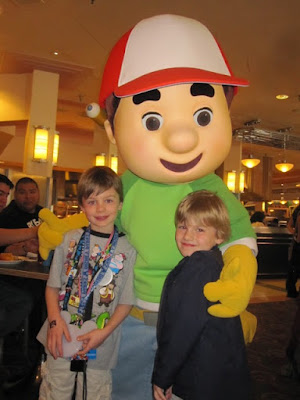 The boys were the perfect age to do the Jedi Training Academy.  At the end of that they got to fight Darth Vader in front of the crowd of people in the park. They still talk about it to this day! 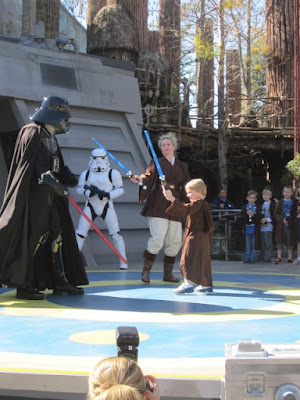 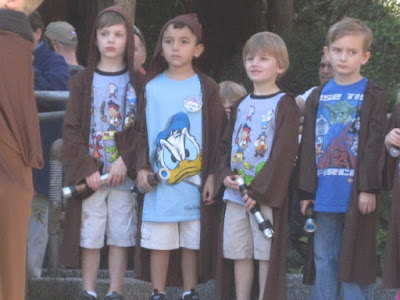 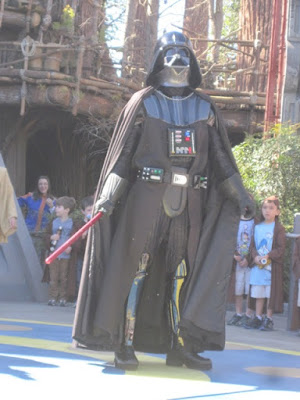 We ate dinner that night had Mama Melrose.  If you are craving Italian this is the place for you!
The Penne alla Vodka was delicious. 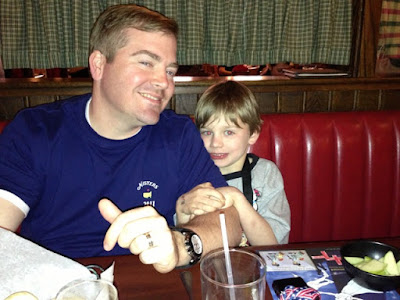 Watching the Fantastic Fireworks in Hollywood Studios was definitely a highlight.  When you get the Fantasmic Meal Package you eat at one the restaurants (we chose Mama Melrose) in Hollywood and then get special (upclose) seating for the fireworks display that night.  The show has it all!  Water, fire, fireworks and Mickey and lots of Disney characters fighting all of your favorite Disney villains! 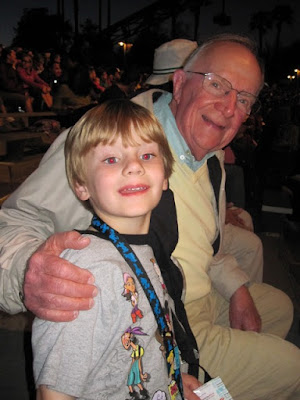 ANIMAL KINGDOM
The best part about Animal Kingdom was going on the Safari to see all the animals.  The boys especially loved the elephants, giraffes, and lions. 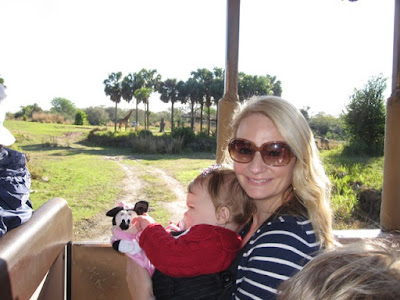 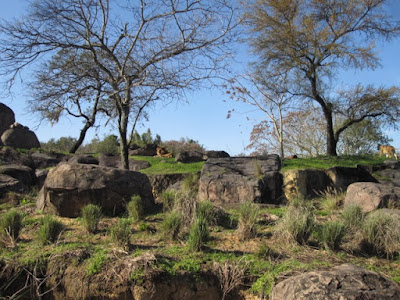 The Rainforest Cafe
This was a great lunch place for my boys.  The animals “come to life” a few times while we were dining for a little show.  There were plenty of choices for kids and I got a have a yummy salad. 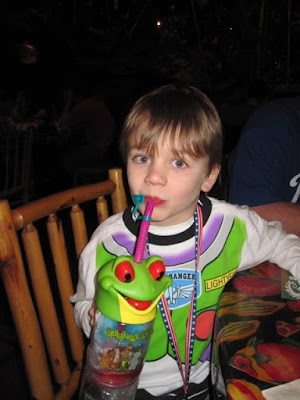 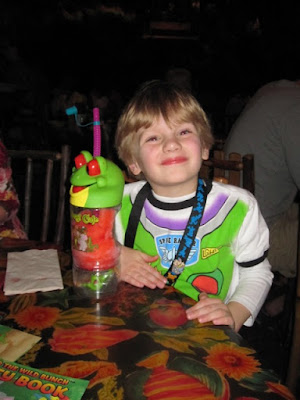 OUTSIDE OF THE PARKS
California Grill
(Contemporary Hotel) 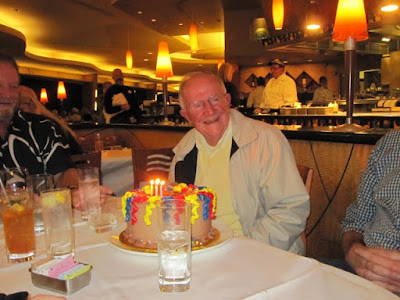 If you want a nice meal- for a special occasion- California Grill is perfect.  We celebrated my dad’s birthday while we were there.  I called and spoke to the pastry chef before we went and they had a custom cake made for him.  It was terrific!  When the kids were that age, I would have never taken them to such a nice restaurant, but in Disney it’s completely acceptable.  They had food options for the kids while the rest of us dined on steaks and sushi.  We had a terrific experience! 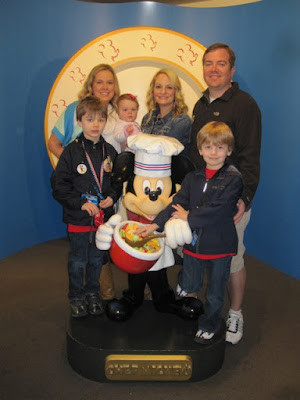 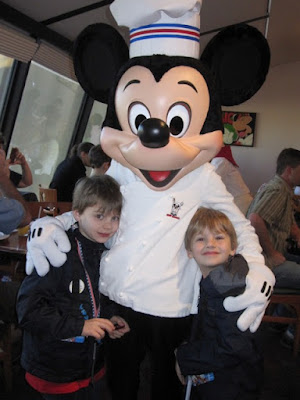 Every time we’ve gone to Disney this is where we go to meet Mickey, Minnie, Donald, Goofy and Pluto.  It, also, has an amazingly delicious breakfast.  Mickey-shaped waffles, hashbrown casserole, bacon, fresh fruit and a zillion other yummy breakfast things. It is one of my favorite places to eat in Disney.
This last day we went to Downtown Disney (now called Disney Springs).  All we had time to do was grab a quick lunch and check out the Lego store. 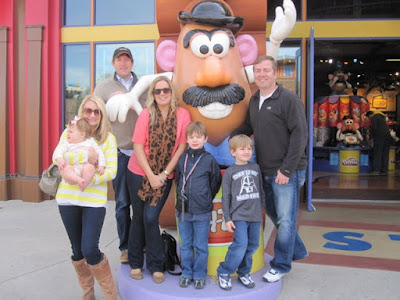