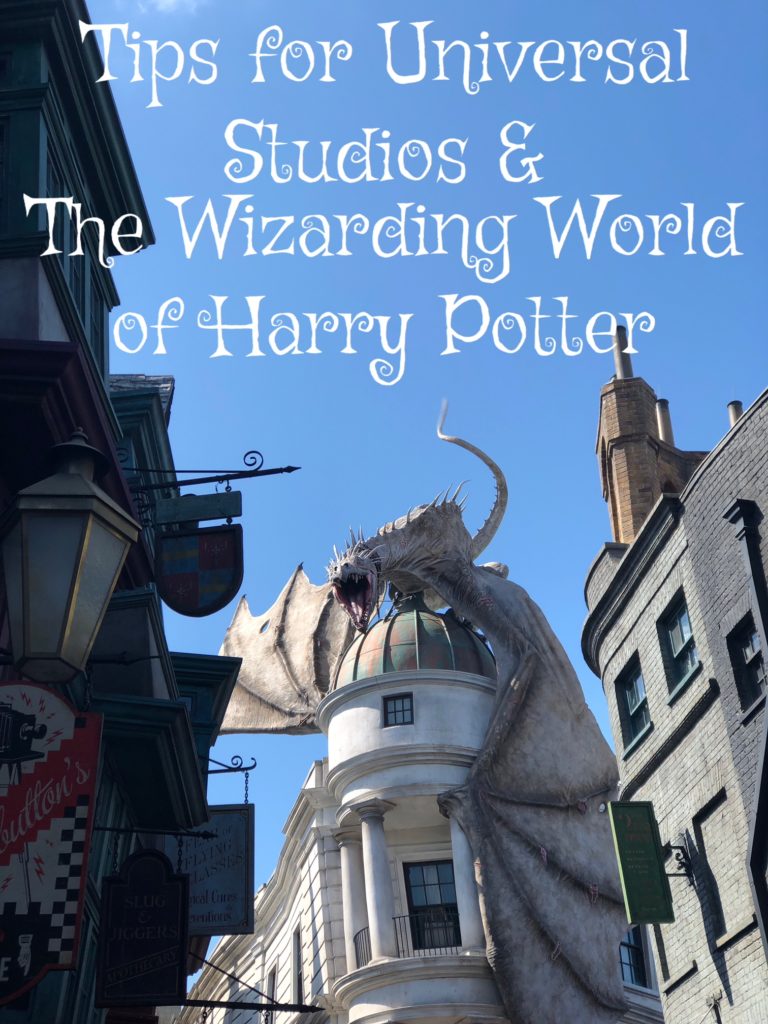 As a travel planner I get a ton of questions about Universal, how it works and what makes it different than Disney World. It can seem pretty complicated with the different parks, what park to park tickets are and why you might need them.  We have tacked on some time at Universal Studios the past couple of times we have travelled to Florida.  The best thing we did was to stay at a hotel on property.  More specifically either the Hard Rock, Loews Portofino Bay or Loews Royal Pacific Resort. Yes, it is more expensive to stay there but there are perks even beyond them just being super close to the parks.

Universal is very different from Disney. 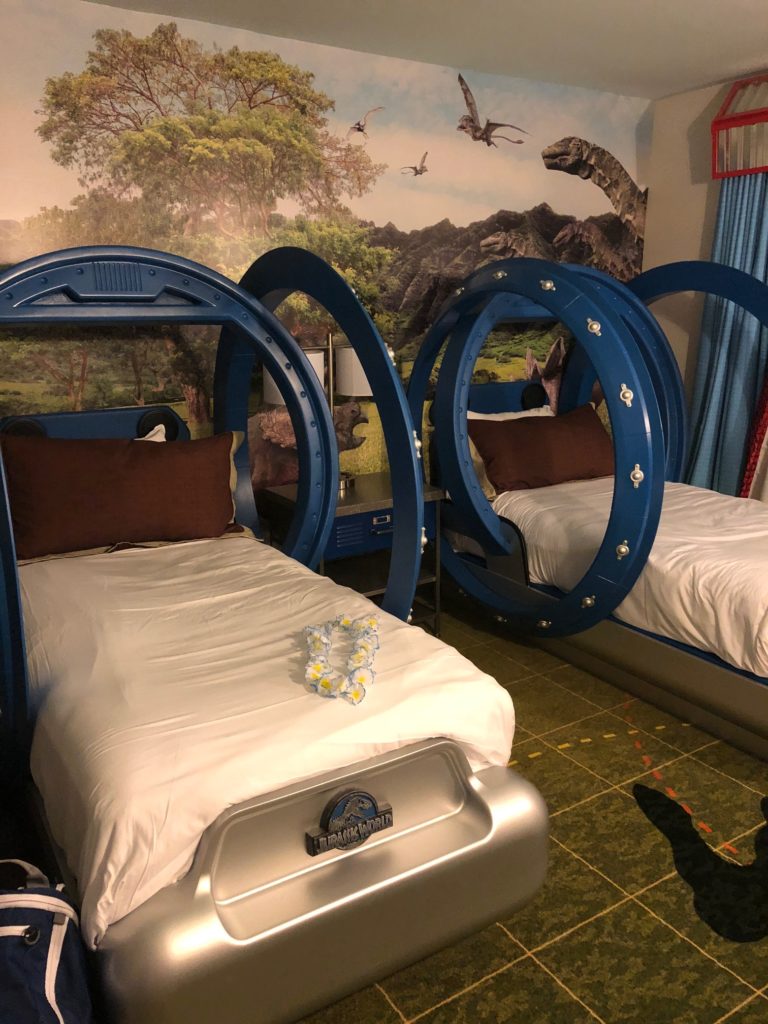 The Kids’ room was right out of Jurassic World 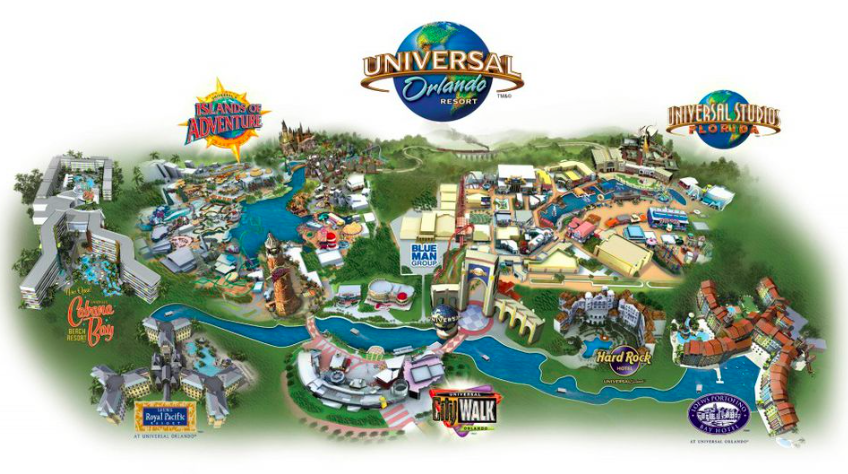 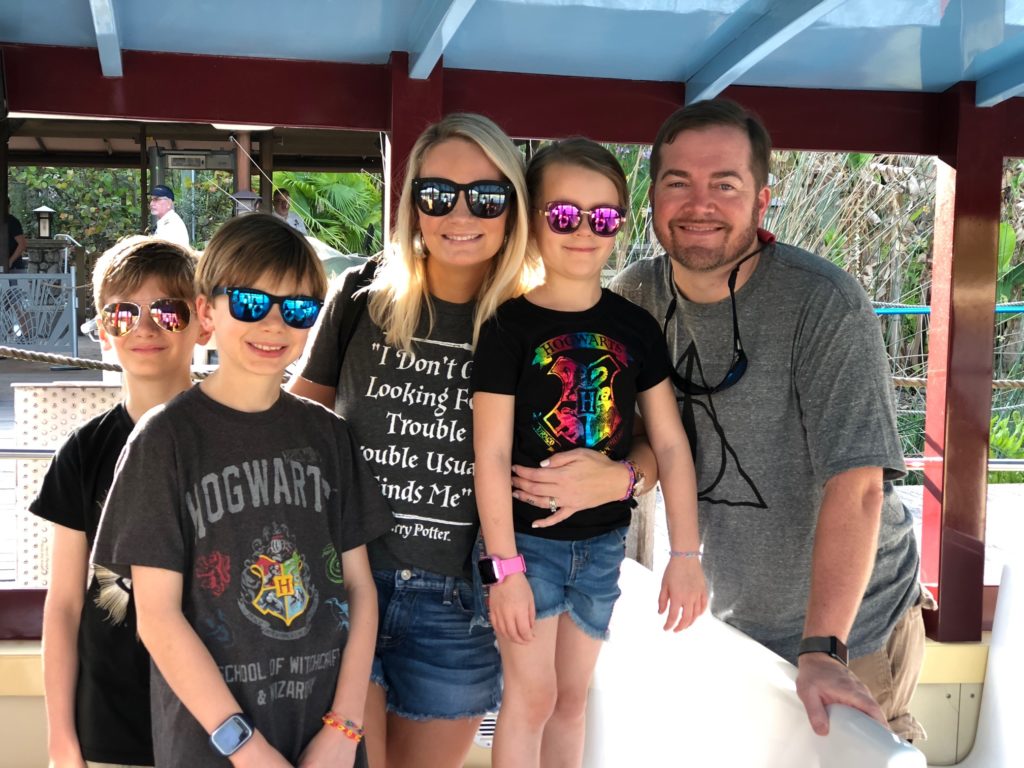 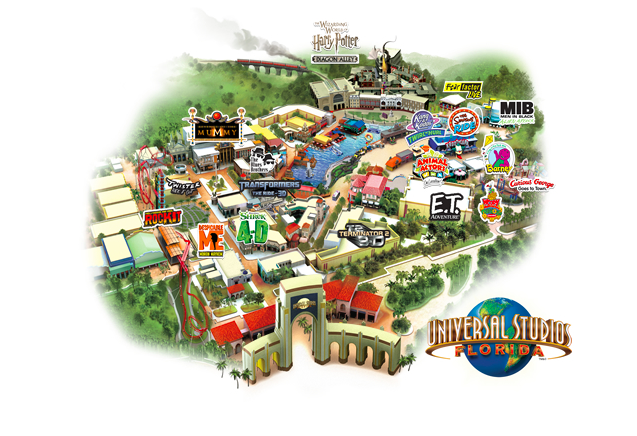 -Harry Potter & the Escape from Gringotts

-Sugarplum’s Sweetshop if you are craving a Chocolate Frog

-Other great rides like Men in Black, Race through New York starring Jimmy Fallon, Despicable Me Minion Mayhem, Fast & Furious and MORE!  This is just a fraction of what Universal Studios has. 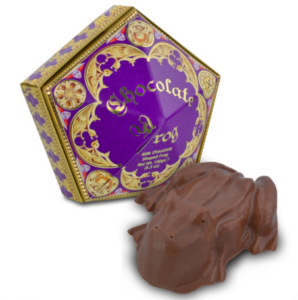 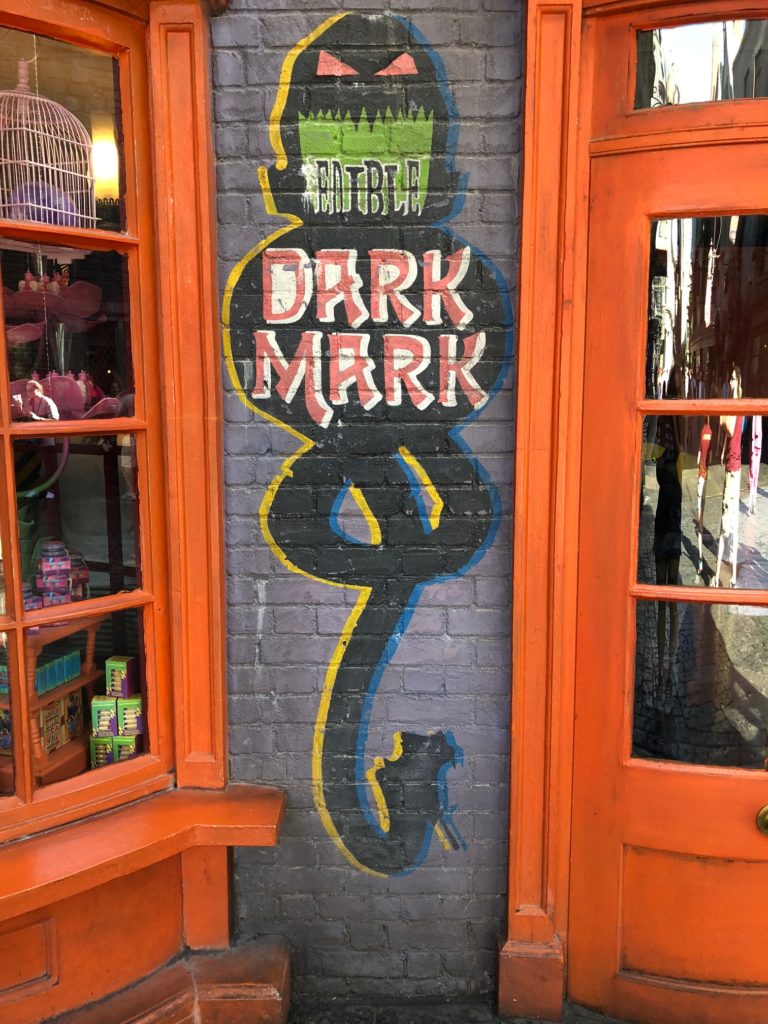 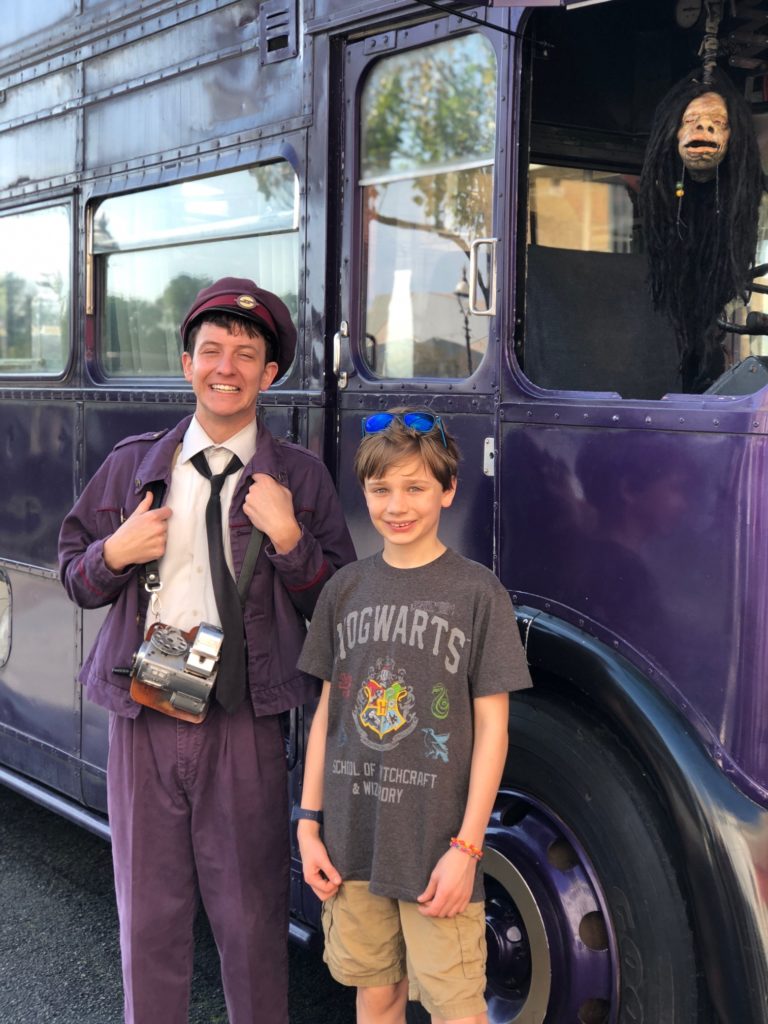 Near the Diagon Alley entrance, try out the red Ministry of Magic’s phone booth.  You can actually dial M-A-G-I-C (62442) to get a message from them.  Then chat with the bus driver and the shrunken head will probably chime in too.  When you arrive through the entrance across from the purple Knight bus, you feel as though you are walking through Diagon Alley.  It’s just like the movies!  You will be amazed at the details put into every inch of this park.

I would absolutely explore every twist and turn but if your don’t have the Express Pass I would suggest hitting the rides first.  Speaking of rides, a good portion of the rides have lockers for you to store your belongings.  On most Disney rides, you can put them underneath your seat or in the setback pocket.  Most Universal rides require that your store things (even purses) in lockers before your ride.

Check out Knockturn Alley in your wanderings.

At 12 Grimmaud Place, Siruis Black’s home aka, the Order of the Phoenix headquarters, see if you can spot Kreacher, the house elf, peaking out of the window.  If you have some muggle money (cash), interact with the goblins at Gringotts Money Exchange. Then use it to purchase goodies to take home.  In the Madam Malkin’s Robes for All Occasion store, stand in front of the mirror to see if you receive a compliment or the opposite! If you have time stop by Owl Post to send a letter back home to your muggles… I mean friends :-).   Be sure to catch the dragon on top of Gringotts breathing fire before you leave. 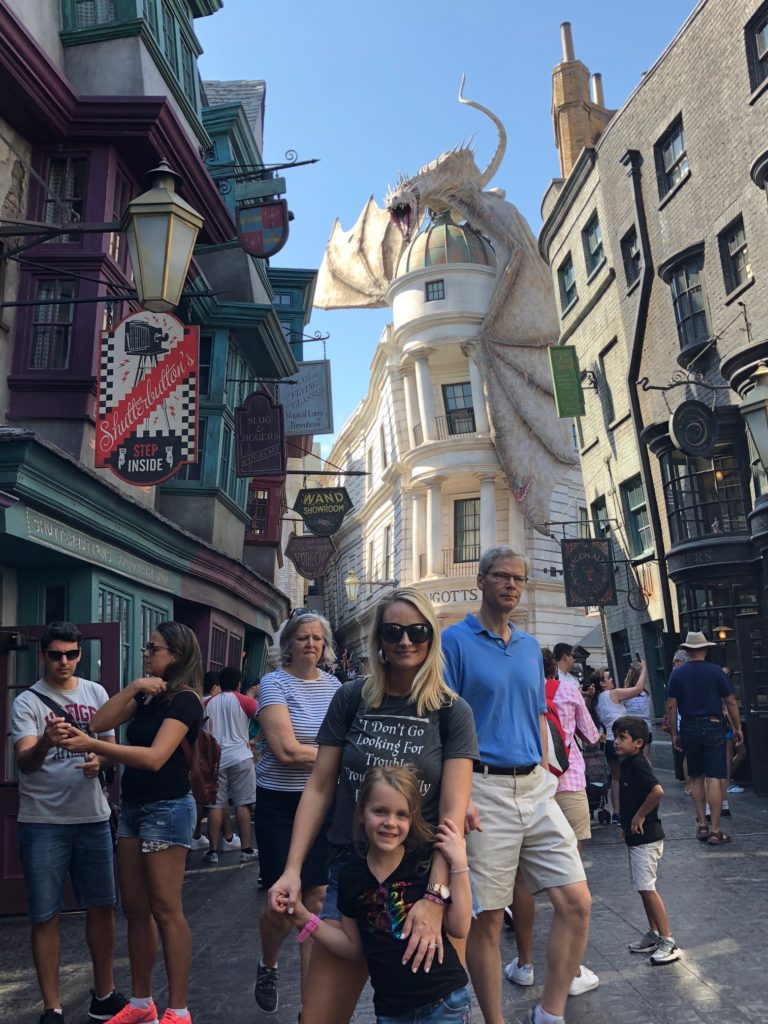 There are some things I would suggest buying before you go and things that the experience is so great, you should buy in the parks.  We took the kids robes.  They had been purchased around Halloween and more reasonably priced than anything you’ll find there. Let the kids go in Ollivanders* for wands. My boys got picked and they did a whole ceremony with them picking their wands and which one was right for which boy.  It was a really fun experience for them. I videotaped the whole thing and still beam from ear to ear watching how excited they were.  Even if that hadn’t happened the wands from Ollivander’s are magical in the parks.

You will receive a map with all of these special areas throughout the park.  There are certain spots that children can wave their wands and make things happen. Just another little tidbit- if you are staying on- property, any purchases can be delivered to your hotel so you don’t have to lug them around all day. 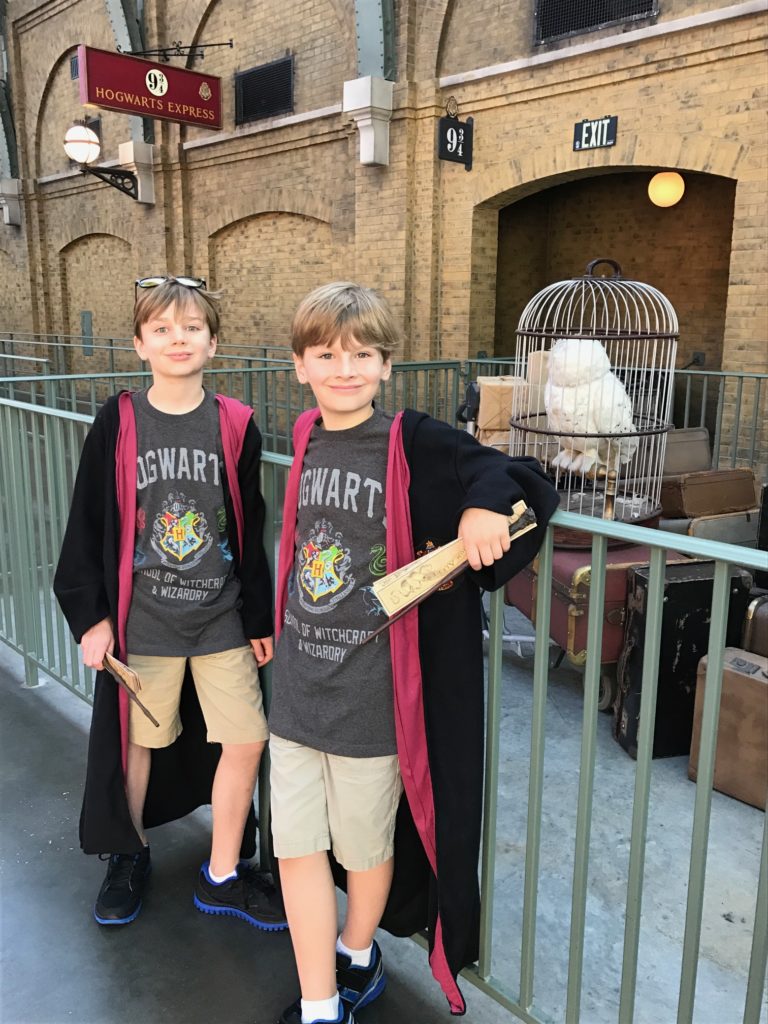 Then, by all means hop aboard the train to Hogsmeade Station and head to the Islands of Adventure. In King’s Cross Station look for the mirror that gives the illusion that you are disappearing into the wall at 9 3/4 platform. Once in your train car, you are sure to see and hear some of your favorite characters from the movies. I got to see Hagrid (one of my favorite characters!) ride by on his motorbike. 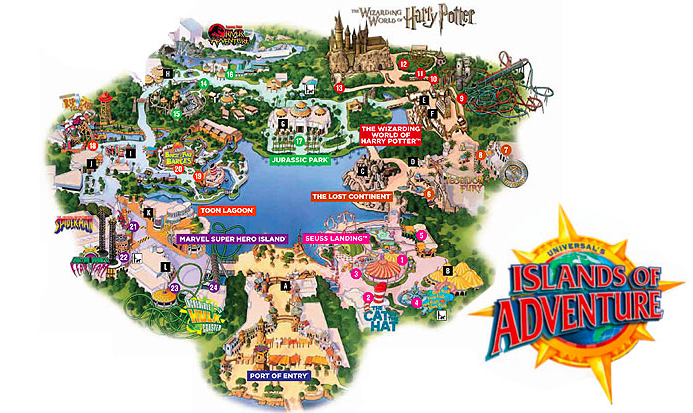 – Flight of the Hippogriff

-Harry Potter and the Forbidden Journey

-Dervish and Banges for Quiddich equipment, Hogwarts uniforms and more 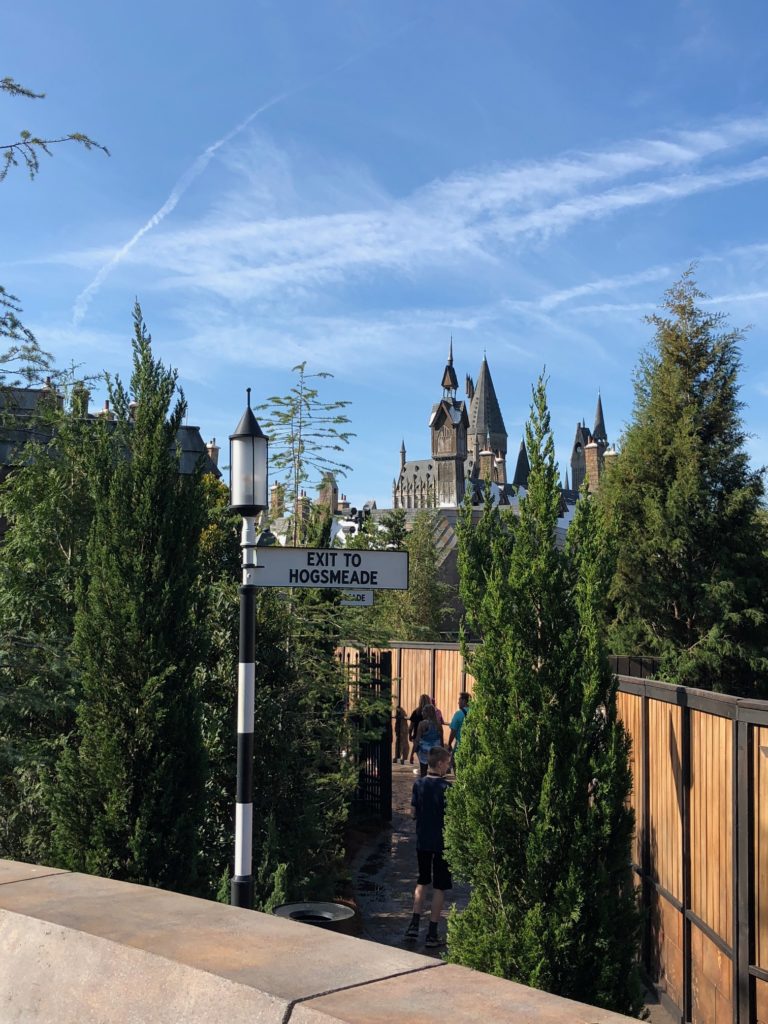 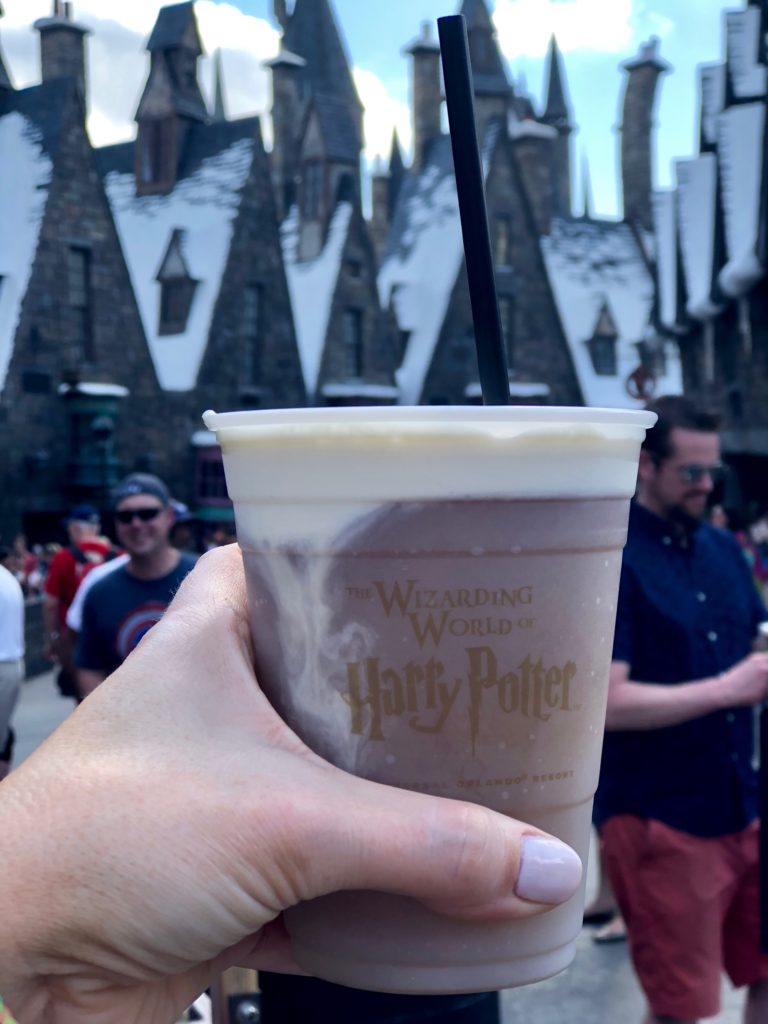 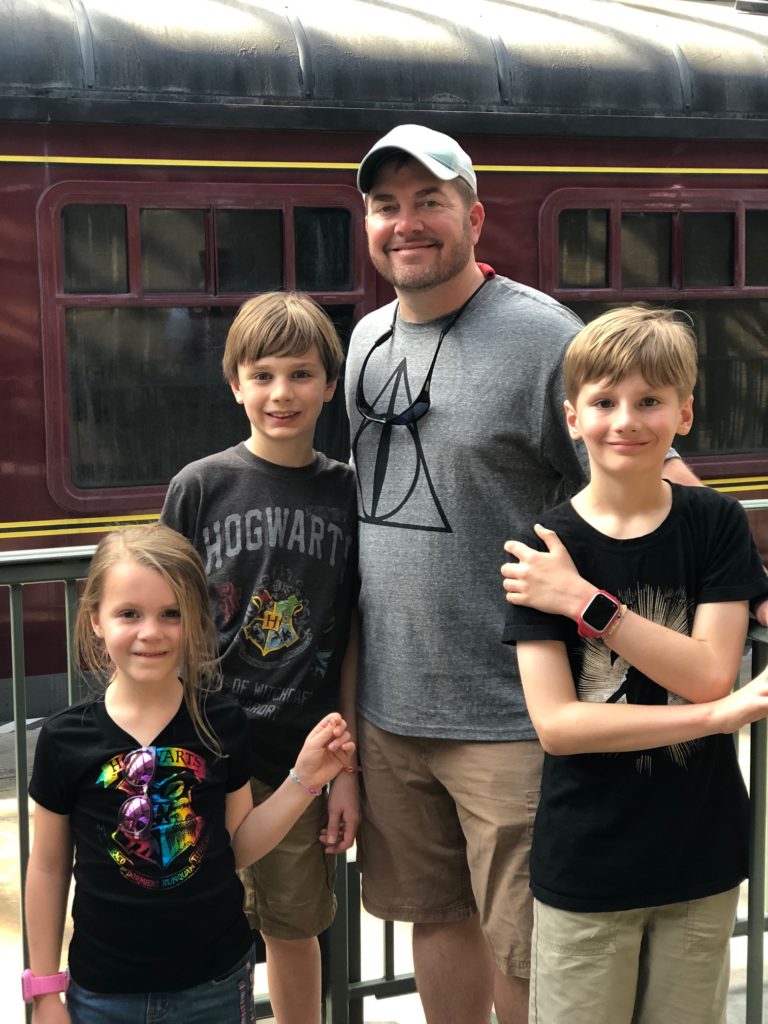 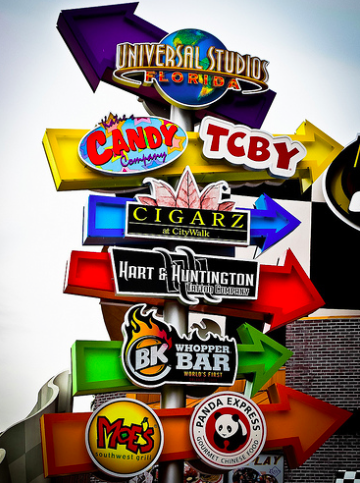 City Walk right, outside the parks, has a ton of bars, restaurants and shops.

Bob Marley, A Tribute to Freedom

« All about Unico, An All-Inclusive Resort in the Rivera Maya
Instagram Round-up from July »