This is by far the single hardest blog post that I have ever written.  Harder than the ones about infertility or losing my parents.  Most people know I have a child with special needs that requires quite a lot of attention and help.  So, I’m just going to say the thing that you are not suppose to say as a mom…. I don’t always like being a parent.  I know it sounds awful especially those struggling with fertility or those that have lost a child but I have to be real.

Yes, I am thankful that God gave me my children.

And yes, of course I love them.  But my days are far from the blissful parenting days that I expected. I’m not just talking- ugh, the kids didn’t clean their rooms or they got some bad grades.  I am talking debilitating, excruciating days.  Days when I have cried for hours for trying to handle with my child (with ADHD, anxiety, and depression) having multiple meltdowns.  Meltdowns that consist of screaming, yelling, hitting, throwing, breaking things, running, slamming doors, spitting, you name it.

I try to order food for take out on Tuesdays since Allen is usually gone and I could use a break from cooking but more times than not I have to end up cancelling it because the tantrums are so big I can’t leave the house.  Family activities and trips are not enjoyable because they are unpredictable.  I, mean, we will occasionally get one that goes smoothly and Allen and I will pat ourselves on the back and thank the Lord.  I would LOVE to be that parent that lets their child stay up late eating candy and watching movies or spontaneously go out of town for the weekend.  But I’m not that person.  I can’t be.  My child craves and thrives on consistency and structure.  Even that doesn’t fix everything.  I’m mentally, physically and emotionally exhausted. Mentally because I’m constantly wondering what I should try next.

How can I change my approach?

If I did this would the behaviors be avoided?  Physically because he is getting bigger by the day and I have to restrain him and get him up a flight of stairs to his room with him literally kicking and screaming.  And of course emotionally because he says hurtful things about how he hates me, wishes he wasn’t part of our family and wants a different mom.  I have to watch everything I say so that my emotions don’t get the best of me and I don’t say something I’ll regret.

We don’t know whether it’s the medicine he’s on that’s suppose to help, the coming off of the medicine or just him.  It’s all trial and error.  We have had him tested for everything under the sun.  Allen and I have tried MULTIPLE medications, vitamins, therapies, you name it.  And everything is expensive and almost nothing is covered by insurance.

Consequences, punishments don’t work for him.  My google app is always in overdrive.  Reading ideas, stories and anything that might offer advice or something new to try.  I constantly wonder what I have done wrong as a parent.  What could I have done differently?  It is the loneliest place to be in the world.   I feel scared, helpless and completely hopeless.   Allen has to travel for work- that’s not an option.  I mean if we want to have food on the table and clothes on our back.  I have no help- both my parents are deceased.  My sister has two-year old twins and would never want to burden her with mine.

I have looked into babysitters and nannies but I’m worried they couldn’t handle one of these meltdowns any better than I could.  My other two children are suffering.  I can not be the kind of parent I vowed to be to them because my other one takes up all of my time.  They are easy so they get the short end of the stick and it’s just not fair.  I know that my child does not chose to be the way he is.  It is a daily struggle for him as well. 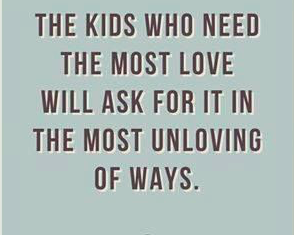 On top of all of this, my child with special needs is being bullied at school.

I do NOT use this word lightly by any means.  I think it can be overused but in this case it absolutely is not.  My heart breaks to see him so sad every day after school.  By the boys…. whooooo, you thought adolescent girls were rough?!?  They have nothing on the boys from what I have seen so far.  He is taunted, made fun of  and mocked, called ***hole, called girly, told he was poor and can’t afford clothes, you name it.  When he tells adults at the school, they speak to students about this and then bullies turn right back around and threaten never to stop.

It has been witnessed by other students (and me) and it is not an isolated incident.

For example, last week My child was playing a game of football with some boys (ones that FINALLY allowed him to play with them!)  and he was running a trying to catch a pass and he tripped, fell backwards and twisted his ankle.  No big deal right?? Well, he was pointed at and laughed at almost to the point of tears.  I know this because carpool was right after and he came limping to the car very upset.  I told to just ignore it and that was all he could do.  So did it end there?? Nope.

We were all at the football field the next day and he was finishing up his game when I saw one of the kids from his school.  As I walked by I heard him speaking to his mother and pointing at my child.  He was explaining to his mother how hilarious it was when my child had fallen the day before.  And the mom… yes… THE MOM was laughing hysterically and pointing.  Boy, if it did not take every single bone in my body not to haul across that field.

What the hell is wrong with some parents these days?

There is no compassion for other human beings and in return that is how some children are being raised.  It’s beyond sad.  I am super close to my breaking point… or maybe writing this and putting it out there is my breaking point.  I had said I would not put anything about my children on this blog that I would care if they read later in life.  But, I hope at some point he might read this and be glad that he came through this difficult time.  I also hope that others going through similar things wouldn’t feel as alone.  Not being able to tell be the good, bad and ugly is hard.

It’s hard to explain that you haven’t answered texts or emails or calls because you were too physically exhausted to talk or could not talk because you were sobbing uncontrollably. I also don’t want people to feel sorry for me.  But usually as soon as you explain what you are going through I worry the pity and judgment will start.  People, especially other mothers,  judge each other all the time and let me just say, you can’t say anything about me or to me that I probably haven’t said about myself.  If you take anything from what I have written, simply take your children to be kind.  In life that will take you further and athletic ability,  academic achievements and childhood popularity. 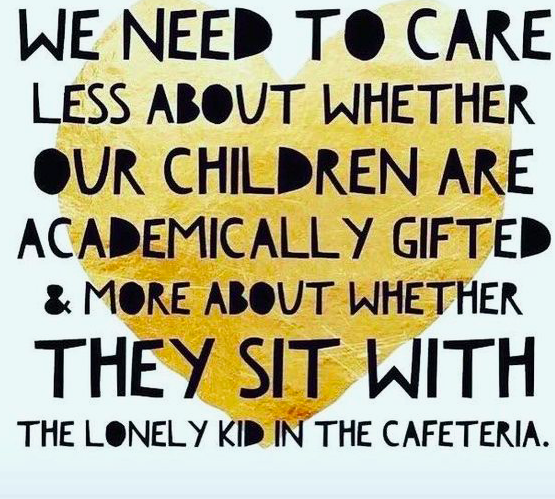